Located on the edge of the historic center, the borough takes its name from the oldest Church in Avigliana (11th century), in Romanesque style with successive Gothic decorations.
On the namesake mainstreet there is the remarkable San Pietro Gate, one of the access to the historic city, the wells, the fountain and the “Filatura” (Filature): that’s why the environment is also known as “Tanner’s Borough”. Each year, on the third Sunday of June at the neighbour sports field, it is held the “Historic Palio at the Court of Red Count” in memory of the celebrations organized in 1389 by Amedeo VII of Savoy, in honor of Valentina Visconti, daughter of Galeazzo who was going to meet his future husband Louis de Turenne, brother of the King of France. 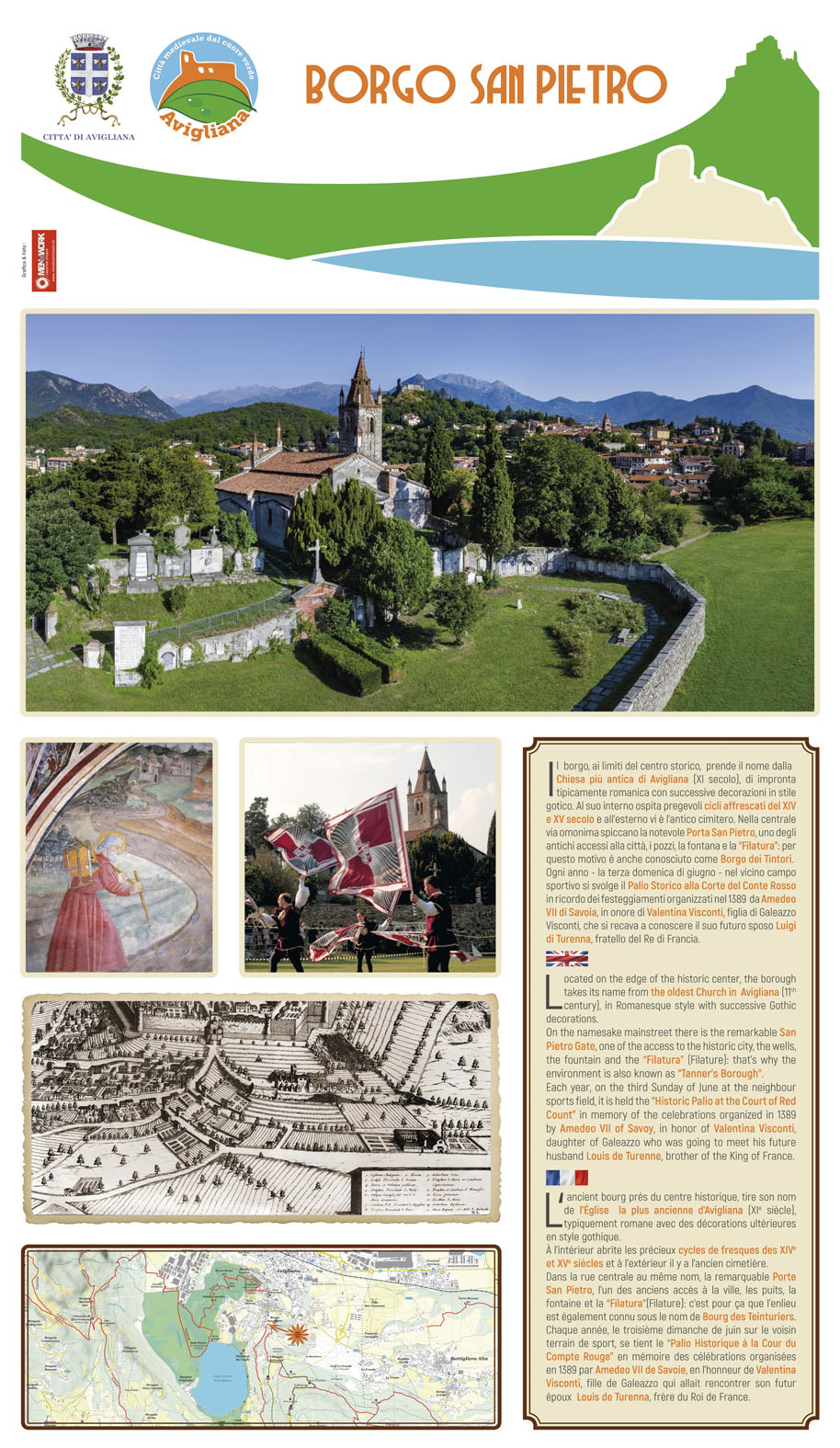