The rocky amphitheater was an old stone quarry that has become an important site for climbing training.
With the contribution of the Avigliana City Council and the commitment of the local Alpine Club, in this site have been equipped forty climbing routes of different difficulty, even beyond the sixth degree. It was often used by personalities of highest level of international mountaineering, such as Walter Bonatti (1930-2011), Giampiero Motti (1946-1983), Giancarlo Grassi (1946-1991) e Mike Kosterlitz (1942) Nobel Prize winner in 2016 of physics. 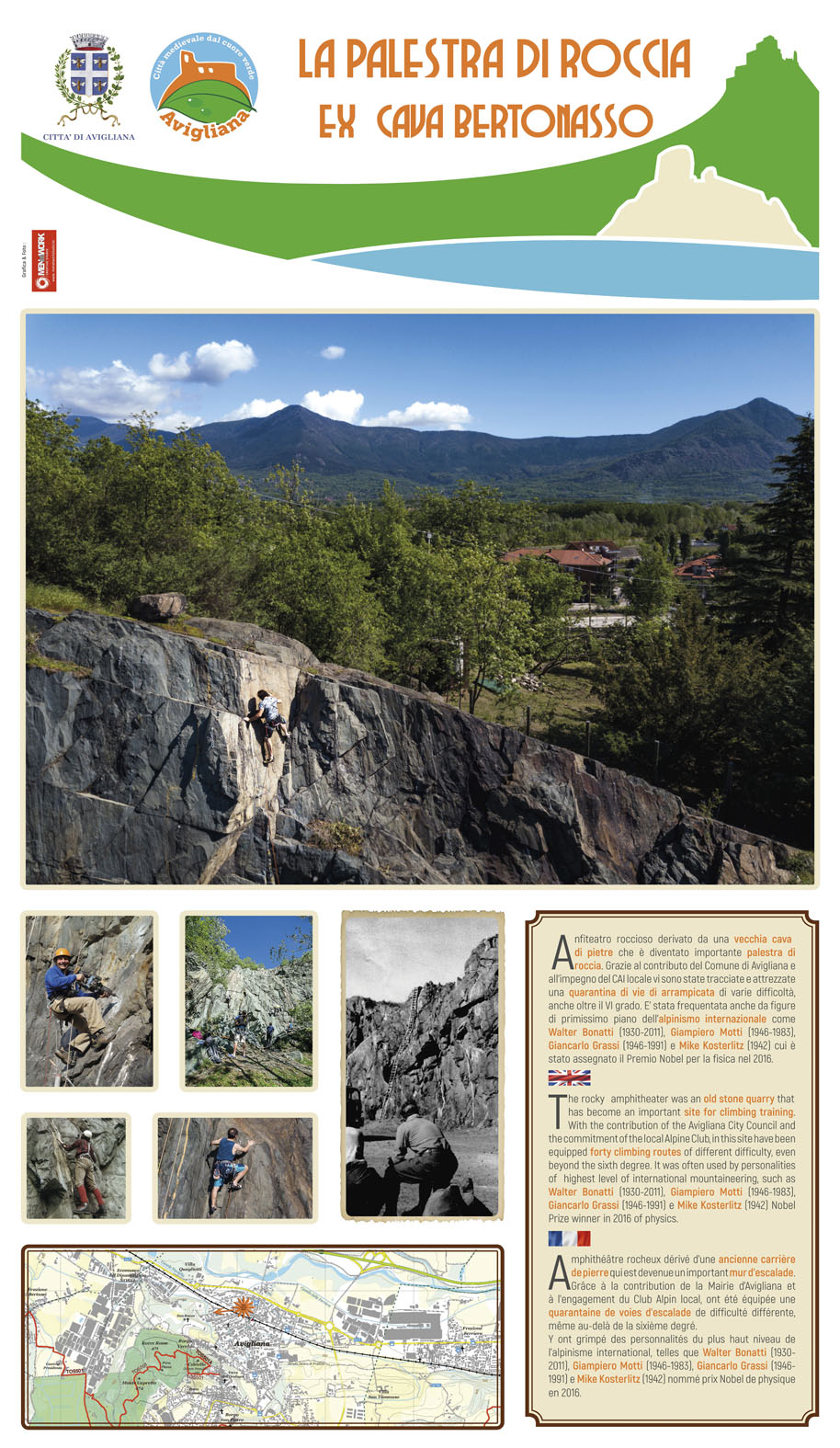