The internal baroque style is in opposition to the ogival  windows, surely older and later walled up but noticeable from the street and similar to those in the front that is facing the courtyard. Together with the whole structure of the building, they confirm the readjustment work to oratory of a building that dates back to the end of the 14th or early 15th century.

It is well knowed that the local Compagnia del Gesu, a religious association well spread in Piedmont at the time of the counter-reform in 1673, although with a seat at the Parish Church of Santa Maria, wanted this building for their meetings.
From the doorway, decorated with a semi-circular tympanum, you enter into a room with a single nave, once richly furnished and covered with barrel vaults and lunettes, with trapezoidal form, sub-divided into four span bays of pilaster in imitation marble supporting round arches. The altar is in stucco with an icon that is probably dated around the same period, when the brotherhood was ready to move in.
A small, low, square brick fired tower, built by workers from Lugano, is standing at the intersection of the central part of the building. The outside stairway, on the west side of the building, leads to the parvis of the church of Santa Maria. 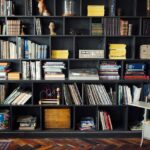 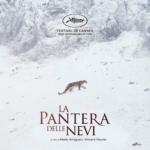