The Church of Saint Bartholomew, was built on a glacial ridge, straddle Lago Piccolo and Trana Mareschi’s area, about on XII century.
The church, the bell tower are in romanesque style , with a regular plan and single aisle. With some contiguous environments and its estate, it belonged first to Saint Michele Abbey Priory (now Sacra di San Michele) and it was hold up by benedectine monks.
Inside it’s observable a series of frescoes dated XV century representing life’s scenes and the Saint’s martyrdom. The story tells that this place, as some others in Susa Valley, has been looted by Saracens first then Frederick I and the Holy Roman Emperor, later, during their passage.
The church, after become city property, was restored, and the architectural works, regarding also frescoes, were finished in 2015. 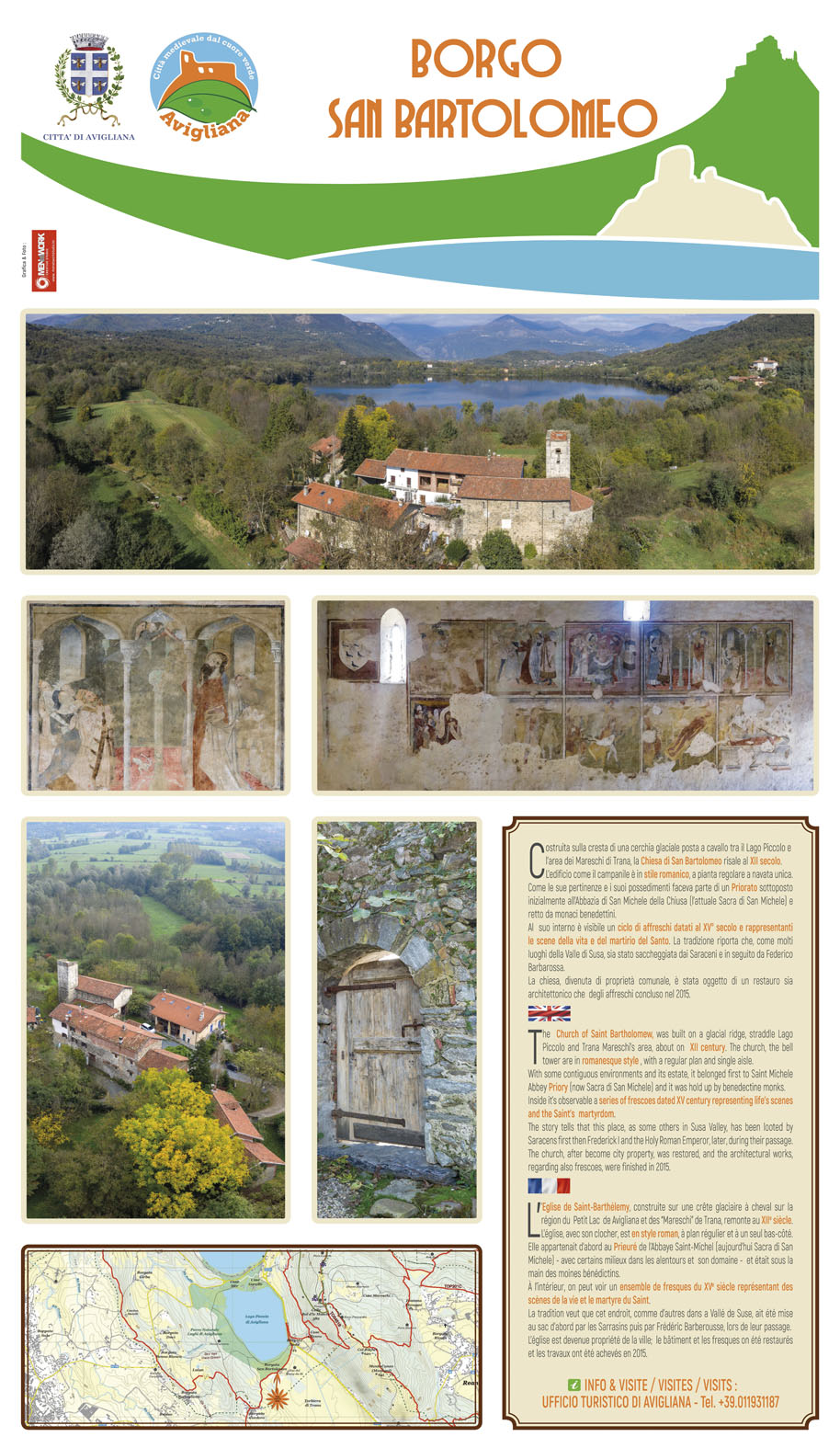