Villages of Avigliana located beyond river Dora Riparia river, once time particularly dedicated to agriculture. A typical product is the “white flat onion of Drubiaglio” (flat, due to its peculiar shape).
In 2016 it was branded as DE.CO. (municipal denomination of typical product). A network of country roads connects the villages with the towns surrounding. In Drubiaglio, in the second half of July, there is the traditional festivity of Sant’Anna. The current Church dates back to 1926, it was built near the old one, demolished at the same time, dating back to the 18th century.
The Malano village is very important for the historical knowledge of Roman Piedmont. At the end of the last century were discovered some foundation of buildings of the “statio ad fines”, a frontier area on the Road to Gaul, which has been reported since the first century AD.
In the hamlet of Grangia there is the Chapel of Madonna della Neve built by the villagers in 1875. 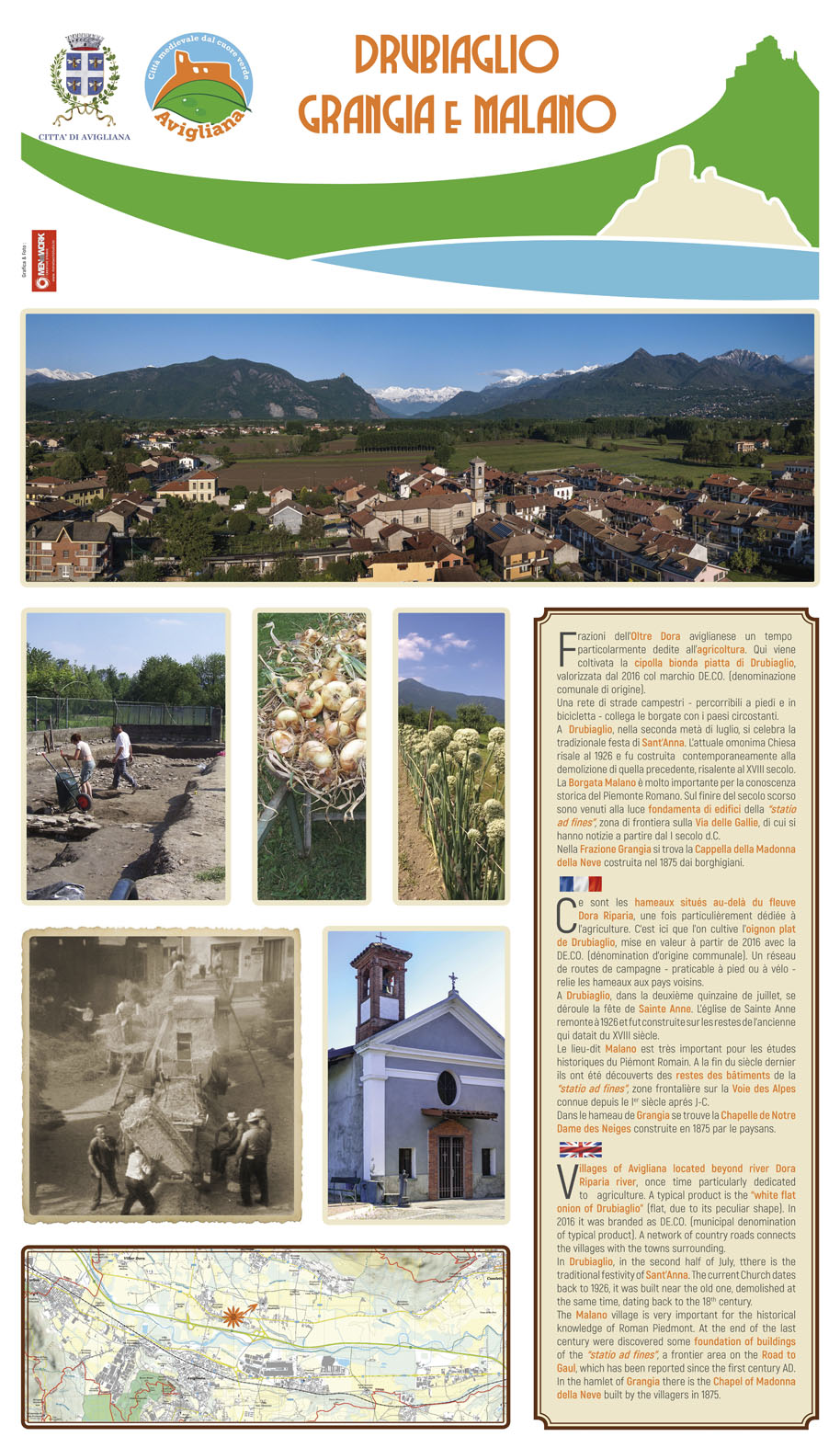